The Premier Side of Pratt Street

Welcome to 401 East Pratt, one of downtown Baltimore’s most iconic office buildings at the center of the city’s skyline. Situated prominently at the water’s edge of the Inner Harbor like no other office building, 401 East Pratt offers tenants a central location within a continued sought after business address, the Pratt Street Corridor. Building and neighboring business tenants include some of the region’s most influential and prestigious firms. Tenants of 401 East Pratt enjoy breathtaking views of the City like no other building on Pratt Street with water views on four of the five sides.

For Brokers:  Deals up to 1,500 square feet – bring us your tenant or prospect, we’ll work the deal, and you’ll get a full commission based on a successfully transacted lease! 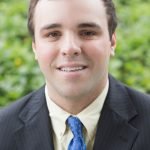