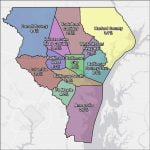 Now at the halfway point of the year, the state of the retail market seems to be improving and it was evident that the industry and State of Maryland share this viewpoint. The second quarter plays host to the International Council of Shopping Centers’ (ICSC) global real estate convention, RECon, in May in Las Vegas. Continuing to see growth in attendance, this year’s crowd reached post-recession records of more than 36,000 attendees. Educational and keynote sessions were jam-packed and the activity on the deal making floor was brisk. Nationally, the overall mood portrayed the retail industry as being back and stronger than ever; locally, the overwhelming attitude was that activity would continue to grow into 2016. Maryland was heavily represented at the convention this year and hosted over 1,000 people at the annual Maryland Party at The Wynn Hotel. Leading developers, owners, brokers, and politicians attended the event, including Governor Larry Hogan. Addressing the crowd, Hogan emphasized Maryland’s new direction as a ‘business-friendly’ state and reinforced his administration’s commitment to supporting the local retail community.

What seems to be a continuing trend is America’s obsession with fast casual food offerings or rather what has been deemed, “The Chipotle Effect.” The fast casual category is considered one with price points ranging from $9 – $13 per receipt and restaurants that earn less than 50% of their business from full service sit down meals (Chipotle, Panera, Shake Shack, and the like vs. fast food offerings like McDonalds and Burger King). The market for fast casual has grown by 550% since 1999, more than 10 times the growth seen in the fast food industry over the same period. Last year, Americans spent more than $21 billion at fast casual restaurants. Once noted separate from ‘fast food’ because of price point, quality, and experience, the fast casual has evolved to accommodate a heightened interest in health, sourcing, ethics, and value. The fundamental change that is occurring is in the consumer; the fast causal explosion is fueled by the growth of the Millennial segment, a group that prefers to eat out vs. cook at home. With the Millennial group making up the largest demographic of fast casual patrons, we will likely see this trend continue. With that being said, this will not be the only retail segment affected. Grocers are starting to review their current product offerings and the footprints of their stores. Most recently Whole Foods, a higher-priced option and the leading organic and natural foods chain, is faced with fresh competition and slowing sales growth. They plan to court the highly-prized millennials and their foodie tastes with smaller, value-focused stores starting in 2016.

Vacancy for the Baltimore region retail product remained relatively steady, decreasing by a mere 0.04% from the 1st Quarter rate of 4.7%.
Starting the year with a negative absorption of 155,621 sf, the Baltimore region recovered 134,803 sf during the 2nd Quarter resulting in a negative absorption of only 20,818 sf.
Average rental rates for the 2nd Quarter decreased slightly by $0.16 from the 1st Quarter rate of $18.75/sf for an average of $18.59/sf.
To view full report, click here.